More from Germany, and from the Arnhem dollhouse fair 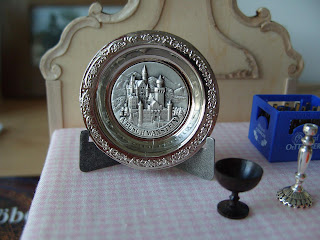 This beautifull little plate I found in one of the souvenir shops in Schwangau, the town near Neuschwanstein castle. There isn't a building there that hasn't been turned into a restaurant, hotel or souvenir shop. It did spoil the romance about the castle a little, all those tacky souvenir shops... But we didn't let it spoil anything for us, we just went with it and laughed at the silly things they sold there.
But this little piece caught my eye and I thought it could make a nice walldecoration in my new dollhouse. It's very detailed and quite pretty I think.

The castle and the whole vacation in the forests has enchanted me as you can see by the number of posts I've allready made about it :P

Here is a picture of some of the things I bought at the Arnhem dollhouse fair, a whitewood bed, a ebony turned wooden cup, a real silver candlestick, a net of oranges and one that's beeing peeled open. The crate with beerbottles is one of the brands my boyfriend actually drinks. And offcourse you see the souvenir plate from Neuschwanstein. All sitting on top of my new favourite book. 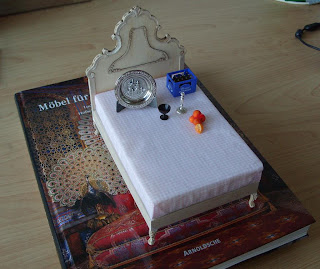 In this book I found this picture, I like it very much and I think I'll use it as inspiration for the library in my new dollhouse. 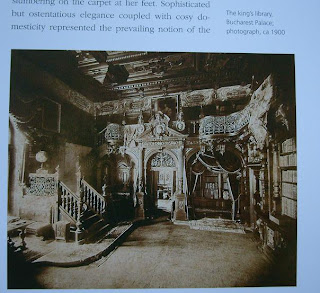 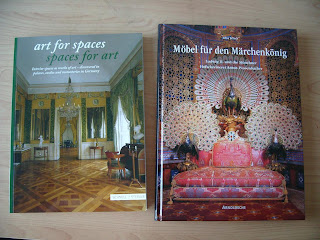 I promissed to show the books I bought on my holiday in Germany. I visited Neuschwanstein and was so impressed. I didn't want to forget all the things I saw but taking pictures wasn't allowed, so I bought a book about Ludwig2 and all his fabulous homes and castles. (Möbel fur den Märchenköning is also known as furniture for the dreamking). I bought it at Schwangau but I couldn't find it on the internet later on, sorry about that.
The other book is filled with pictures and information about beautifull German castles, mansions and other buildings. The following two pictures are from te first book. 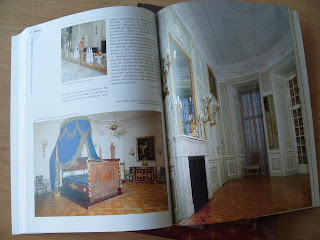 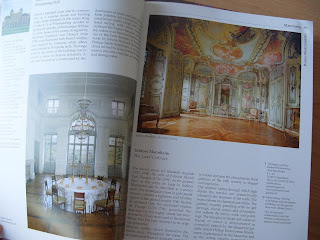 These pictures are from the book Möbel fur die Märchenköning 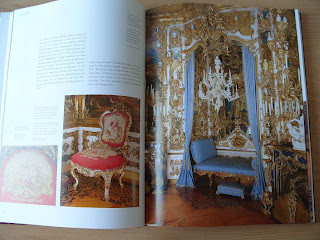 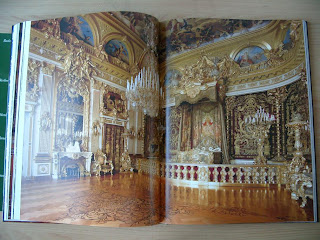 guess where I've been

Last week was the fall holidays, and my boyfriend and I decided to go on a last minute vacation to the amazing forests in our neighbour country Germany.

We spent a whole week in a little house in the middle of the Bayerische Wald. Large parst of this old forrest are Urwald wich means there hasn't been any intervention or medling with nature from humans for centuries! The birth, growth and decay of trees is all regulated by nature itself. The most beautiful surrounings you've ever seen! You can walk in these forests for hours, find many idyllic scenes with little creeks, crooked trees and secret paths, and not see a single person on your way. It is not so strange that the German forests are the birthplace of the brothers Grimm fairytales!

The wonderfull forests are not the only nice thing about Germany! Beside the good food and the very kind people there are also countless castles and other beautifull old buildings.
If you think France is the only country with refined and pretty buildings and interiours, think again!

We visited Schwangau, where king Ludwig 2 his unfinished fairytale castle 'Neuschwanstein' is built. Rumour has it Walt Disney based his sleeping beauty and cinderella castle on Neuschwanstein. And this is probably the part where it gets interresting: pictures! 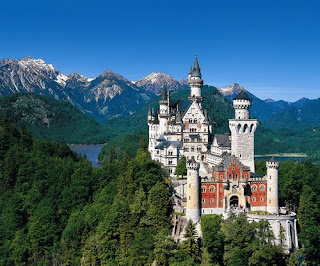 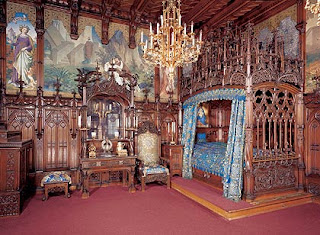 King Ludwig2 his fathers castle, where Ludwig grew up: 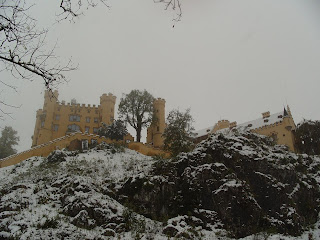 Later on I'll show you the books I bought, filled with pictures from the interior of the castles Ludwig2 has build. (yes he had many, beside Neuschwanstein!) Wich form a great source of inspiration for my dollhouse that I'm building now!
Gepost door Anneke op 07:50 4 opmerkingen: